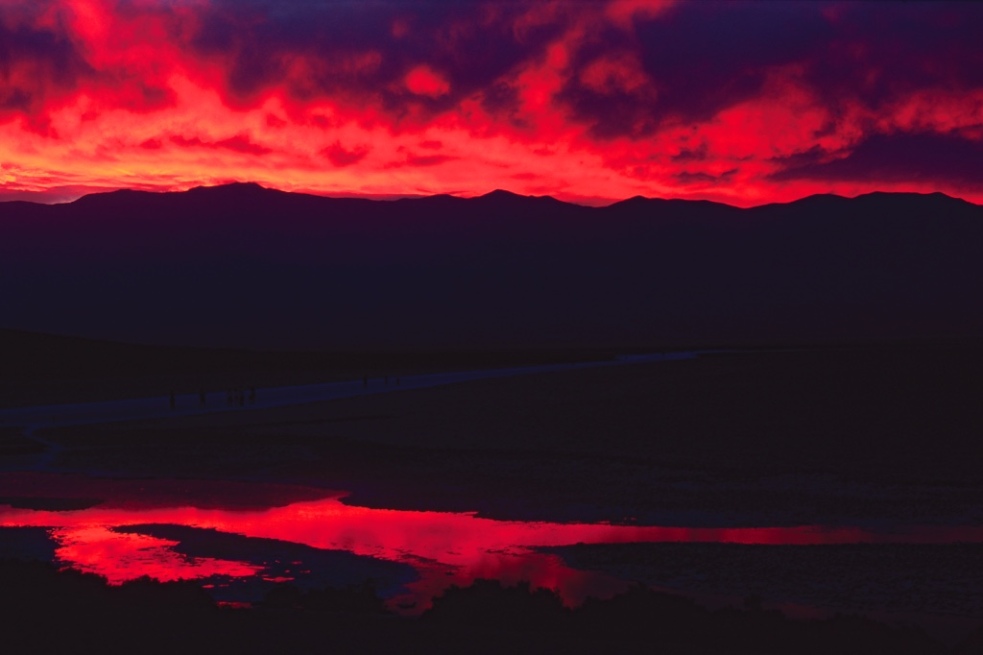 Some days are strange. It is though nature is revealing its auspices and one must be nimble to catch the signs. I often travel with several cameras, and though I can set up my 4×5 fairly quickly, I will also have either a medium format or 35mm camera ready. This means I sometimes take multiple shots at the same scene, a good reference point later, but often find each is different or magical in its own right.

The day we arrived in Death Valley was one such strange day. Driving across Darwin Plateau I pulled over because of an odd cloud formation in the distance as we began our descent into Panamint Valley.

Not far along from this first stop, the views at Rainbow Canyon were immense and breathtaking. Ready for everything I had loaded Velvia 50 into my Olympus…